An intimate and touching show, featuring music by Jerry Bock and Sheldon Harnick (Fiddler on the Roof) and book by Joe Masteroff (Cabaret), She Loves Mewas nominated for five Tony Awards in 1964. The 1993 Broadway revival won the Olivier Award for Best Musical Revival, the Drama Desk Award for Outstanding Revival of a Musical and the 1994 Critics Circle Award for Best Musical, while the 2016 Broadway Revival snagged the Tony Award for Best Scenic Design (beating Hamilton!). Considered by many to be the most charming musical ever written, She Loves Me is a warm romantic comedy with an endearing innocence and a touch of old-world elegance. The Mikos Lazlos play Parfuemerie, on which it is based, has inspired many adaptations, including the beloved film You’ve Got Mail starring Meg Ryan and Tom Hanks.

Set in a 1930s European perfumery, we meet shop clerks, Amalia and Georg, who, more often than not, don’t see eye to eye. After both respond to a “lonely hearts advertisement” in the newspaper, they now live for the love letters that they exchange, but the identity of their admirers remains unknown. Join Amalia and Georg to discover the identity of their true loves… and all the twists and turns along the way! 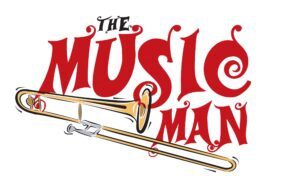 By turns wicked, funny, warm, romantic and touching, The Music Man is family entertainment at its best. Meredith Willson’s six-time, Tony Award-winning musical comedy has been entertaining audiences since 1957 and is a family-friendly story to be shared with every generation.

The Music Man follows fast-talking traveling salesman, Harold Hill, as he cons the people of River City, Iowa, into buying instruments and uniforms for a boys’ band that he vows to organize – this, despite the fact that he doesn’t know a trombone from a treble clef. His plans to skip town with the cash are foiled when he falls for Marian, the librarian, who transforms him into a respectable citizen by curtain’s fall. 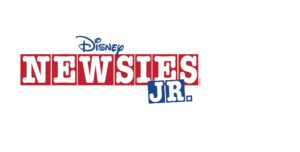 Disney’s Newsies JR. is a 60-minute version of the 2012 Broadway musical, based on the 1992 film. Inspired by the rousing true story of newsboys in turn-of-the-century New York City, Newsies JR. features a Tony Award-winning score by Alan Menken and Jack Feldman and a book by Tony Award winner Harvey Fierstein.

When powerful newspaper publishers raise prices at the newsboys’ expense, the charismatic Jack Kelly rallies newsies from across the city to strike against the unfair conditions. Together, the newsies learn that they are stronger united and create a movement to fight for what’s right.

Waterville Playshop has been delighting audiences for a long time. How long you ask? Well, let’s just say that when our first production premiered, the President was Harry S. Truman, the TV show I Love Lucy had just come out, and the hot new toy was Mr. Potato Head!

The long and rich history of Waterville Playshop has refined this community organization into a group that strives to put on professional quality shows using the abundant talent that Northwest Ohio has to offer. Let’s take a look at the shows of the past that have helped us to perfect our future…

The Sound of Music
The Dixie Swim Club
Seussical the Musical

Every penny matters. We value every single contribution because it means we’re one step closer to our goal. Our community stands strong to help those around us.

With your generous donations, we’re that much closer to making a difference.